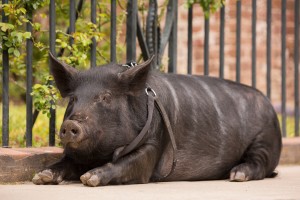 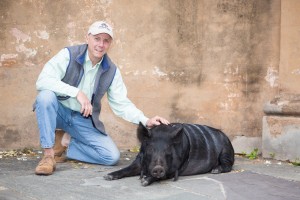 Jackson was born in late 2013. “Spiritualist” Jim Craig felt that there was a missing piece in the Striped Pig family and asked the owner at Holy City Hogs Farm about lending him a pig to walk on a leash down King Street. Jackson came into our lives at almost 20 lbs. That “weekend” visit quickly “grew” into a close relationship, and Jackson became a beloved pet for Jim and a regular staff member at the distillery. He would quickly learn to sit, play “dead pig”, use a ramp to get in and out of Jim’s back seat, and even make four weeklong sales trips with him across the State. Growing at almost a pound a day, we wondered where it might all end. As of January 2015, Jackson weighs a whopping 502 lbs and spends much of his time in retirement. Up until he “outgrew” the back seat of Jim’s truck, Jackson could often be seen walking around the distillery, lounging on his custom-made hammock bed or cleaning up dropped corn on the distillery floors. He became quite the celebrity around Charleston, often spotted walking the streets with Jim leading him on his hand-stitched harness, made by none other than Jim’s lovely wife Jean! In late 2015, Jackson grew too big to travel on anything other than a trailer pulled behind the truck. Of course, being used to sitting comfortably in Jim’s back seat with his head out the window, he didn’t care much for this mode of transportation. Jim decided it would be best for Jackson to live on a farm and wallow in the mud with his other pig friends. He now lives upstate and continues to grow daily. It really is “a pig’s life” for him! 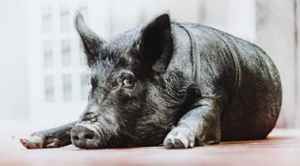 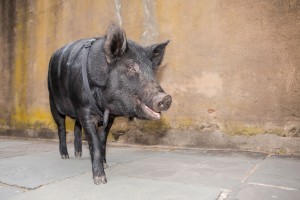 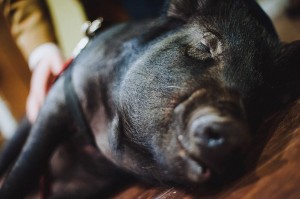