The original “Striped Pig” is referred to in an Old Sturbridge Village booklet, Rum and Reform, in Old New England. In this selection from A History of the Striped Pig, 1838, we learn of the pig.

This tongue-in-cheek story obviously drove home the point of the temperance reformers like Carrie Nation and Frances Willard; the pig symbolized all drinking men of that time in our country’s history.

Paraphrased from a primary source, we present …

The Story of the Striped Pig

During our Nation’s history of Temperance and Prohibition, local and state militia units often gathered on the parade grounds to practice their drills. Local citizens gathered and enjoyed watching these displays. Just as we see today, these social events also attracted vendors of various types. One such event will long be remembered as especially remarkable…

On that day there appeared a flag, raised high amongst other tents and booths that checkered the military parade ground. It was the flag of a rum seller, bearing not a hogshead to advertise his rum, but instead a hog “disguised” with paint; for it was illegal at the time to advertise and sell liquor under 15 gallons.

This curious emblem was accompanied by a false advertisement that in the tent below any person disposed to pay a few pennies could find a great natural curiosity. Within the tent stood the worthy couple already described, the ‘striped pig’ and his rum selling associate, surrounded by all those elements and implements of intoxication, and all prepared for the use and enjoyment of customers.

At first only a few individuals were tempted to enter the tent. But one or two did straggle in, and many more gathered about the tent to stare at the sign and discuss its merits and wonder at its meaning. It was not long before the earliest visitors came out of the tent, looking considerably less silly than when they went in, winking their eyes and smacking their lips.

Inquiries were made, whispers were exchanged and before long it was known all over the parade ground that the curiosity that carried visitors to see the ‘pig’, was abundantly rewarded by donations of ‘grog,’ in whatever form was most desired.

Imagine the whispers! A strange monster to be seen for only six cents, and a glass of free rum! Hundreds went and looked and drank, and went and looked and drank again, until it was said that they actually saw two striped pigs. All this was considered a great joke by those who knew the truth, for many counties were undergoing a social revival, and no more licenses for the sale of spirits were being granted.

Of course, this pig’s partner had no difficulty in obtaining a license to exhibit his striped monster on that day, and his gift of a glass of grog was regarded both as an admirable evasion of an ‘oppressive law,’ and an equally admirable expedient to bring the ‘pig’ into notice.

It is in this manner and with that we welcome you to Charleston, South Carolina’s first micro-distillery! Striped Pig Distillery is here to reward your taste buds with sophisticated, handcrafted rums, truly fantastic ‘moonshine’ and whiskeys, silky smooth vodka and dangerously tasty gin.

We are doing it all with respect for traditional methods, using local farmers, distilling spirits slowly, carefully, and using heirloom grains and fruits. The Southern Way. So quench your curiosity, enter our domain, come see the pig and discover “What’s In Your Spirit?!” 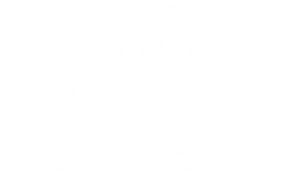